Dom24 is a company with longstanding experience in furniture sales. They are based in Sežana, Slovenia, where they also have a physical store. While they sell most of their furniture online, either through their Slovene (dom24.si) or Croatian page (dom24.hr), certain products can also be viewed in their salon in Sežana as well as in a few other furniture stores.

The company aims to provide its customers with a simple way of purchasing high-quality furniture by Slovene and foreign manufacturers and offer the best price/quality ratio on the market.

The client wanted to increase their online sales by strengthening their sales structure, unifying their online presence across all social networks and raising brand awareness.

Until the summer of 2018, the company had been acquiring online traffic organically and through paid advertising on Google (through the Google Ads platform). However, this wasn’t meeting their desired goals as their advertising activities did not include an integrated approach or long-term planning. At the same time, the client faced the issue of a decrease in sales right at the time when the competitors were intensifying their activities and gaining momentum.

Setting up an integrated approach

An integrated strategy was key for our success. 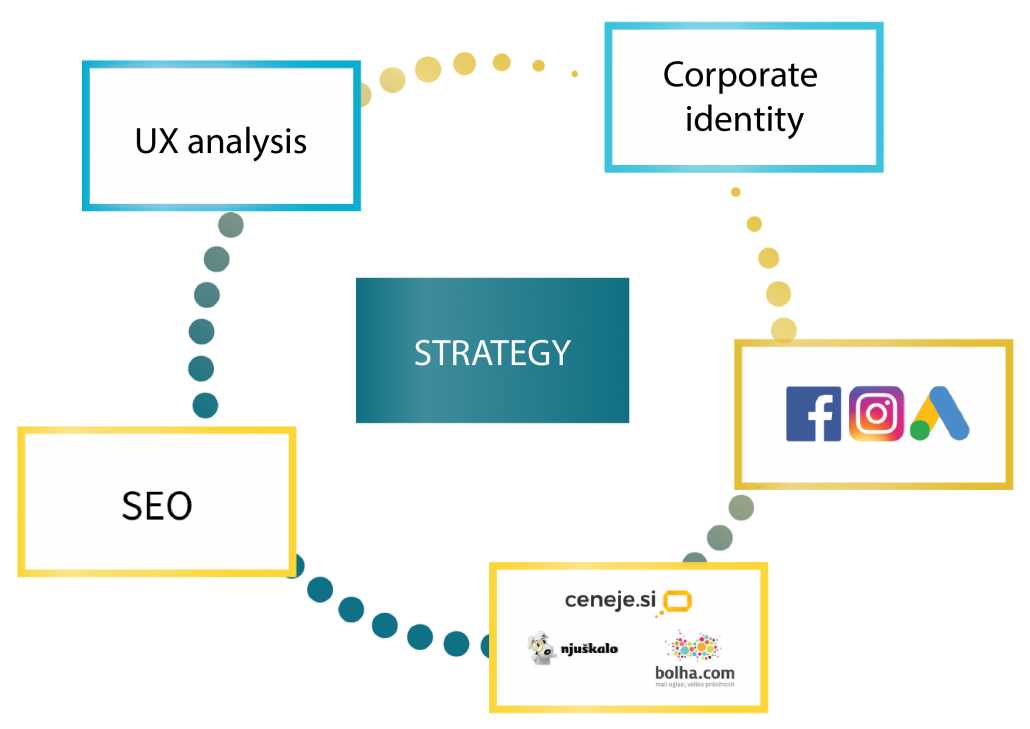 In order to boost the client’s sales, we decided on an integrated approach. Before the start of the project, we had thoroughly analysed the existing website. We made a list of recommendations for improving the user experience, which was also implemented on the website. We increased the image sizes, highlighted the prices, added call to action buttons and strategically placed them around the page, changed the grid layout to only include 3 columns instead of 4, etc.

We changed the grid layout on the category pages (newer products to the top, 3 columns instead of 4). 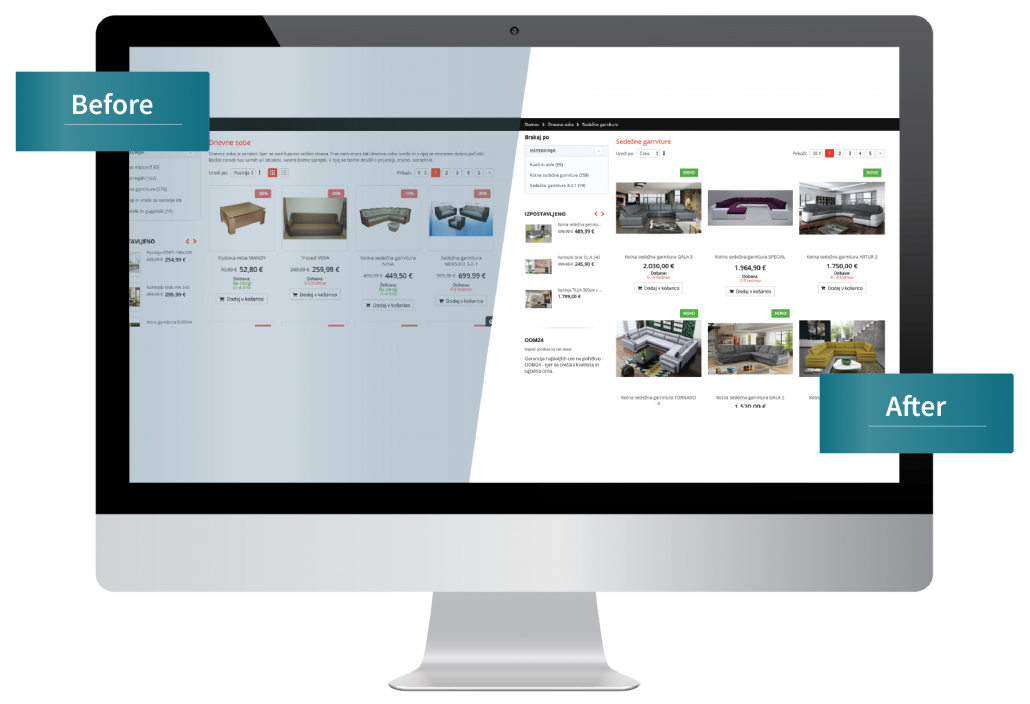 On the product pages we focused on the visual aspect, the advantages of the company and the Add to cart button. 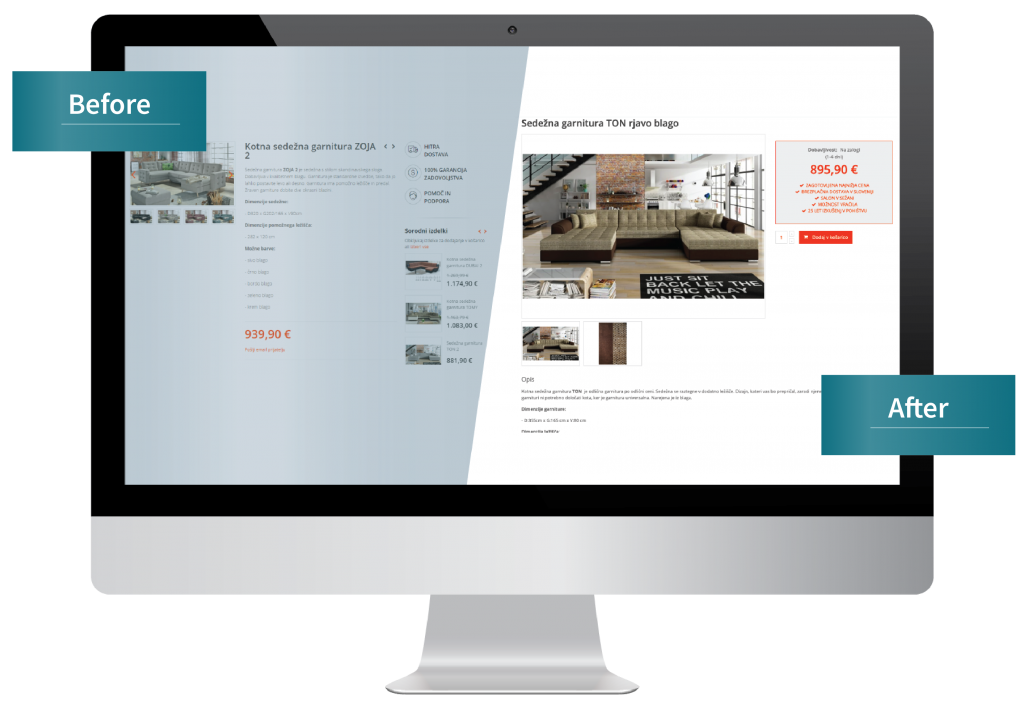 The next important step was starting with the advertising activities on social media platforms Facebook and Instagram (along with the already existing advertising on Google). Here, we decided on a gradual approach since we didn’t want to only focus on sales but also gain the users’ trust and emphasize the human component of the company. Along with these three traditional channels, the client’s offer was also added to the websites ceneje.si and bolha.si as well as to the Croatian site Njuškalo. This way, we made sure we covered the most important online channels.

At the start of the project, the company already had a Facebook profile with a relatively large follower base, but the client wasn’t too consistent when it came to preparing posts and engaging with the company’s followers. Building a strong community therefore represented the first step in trying to re-engage the existing followers.

By preparing an advertising calendar and by clearly structuring the monthly posting schedule, we managed to boost the followers’ engagement while the client’s follower base grew for 6600 new members between August 2018 and May 2019. In comparison with the previous period, we also achieved a 28-times higher organic reach of posts.

The growth in the number of followers from the start of our cooperation in August 2018.

With the help of regular Facebook posts, we were able to present Dom24 as a company that the buyers can trust completely. This way, we started building the dialogue between the company and its clients. The company won over new clients as well as got in touch with its existing customers, always presenting itself as a dependable, trustworthy company.

The company’s Facebook activities also contributed to the increased overall interest of the followers. The number of Facebook inquiries was gradually increasing while the site got a lot more traffic through this social media platform. In comparison with the previous year, the number of visitors from social media increased by a whopping 512%.

Increase of website traffic through social media (1st August 2018 – 15th May 2019) in comparison with the previous year. 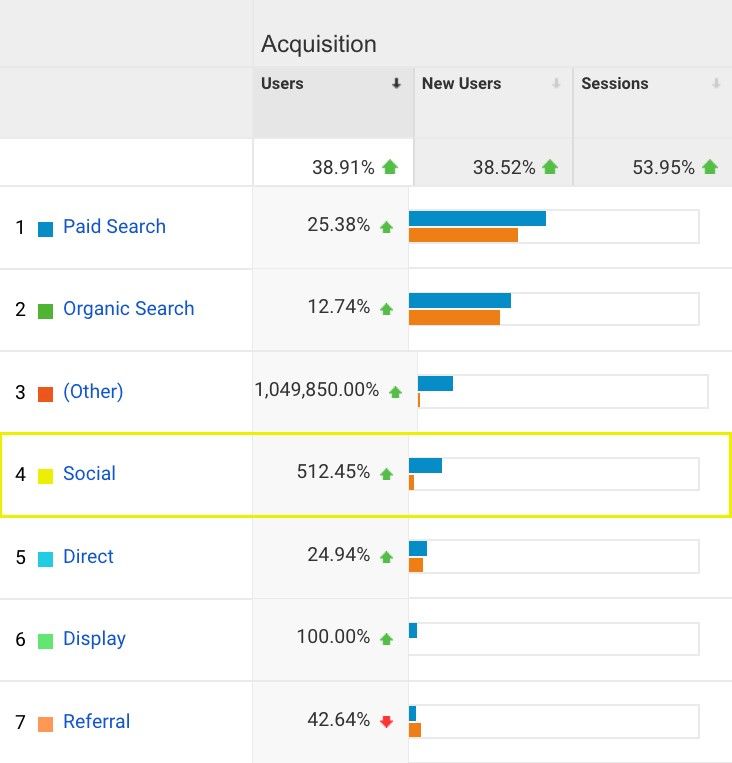 The client was already running Google Ads campaigns before we started with our project, but it was immediately clear to us that these would have to be completely reorganised and optimized. First, we had to determine which product categories would be advertised on Google and which were more appropriate for Facebook audiences. Thus, we managed to intertwine and complement the campaigns on both platforms as well as make sure that users were always notified of special offers and discounts on all channels.

In December of 2018, our team was also entrusted with Facebook advertising on the Croatian market and, towards the end of the same month, we also took over the optimization of the Slovene website. In line with our previous approach, we divided the process into multiple phases. After the initial SEO audit, we created the SEO activity schedule with clearly defined steps as well as the timeline of their implementation.

A very important step was renaming the existing category pages and creating quality descriptions for the most important product categories. To avoid keyword stuffing, we relied on longer texts with internal links. We also moved the descriptions to the bottom of the category pages to give emphasis to what matters – the products themselves. We also hid the large chunks of text, adding the button “Read more”, where visitors can see the entire description with only one click.

Changing the position of category descriptions. 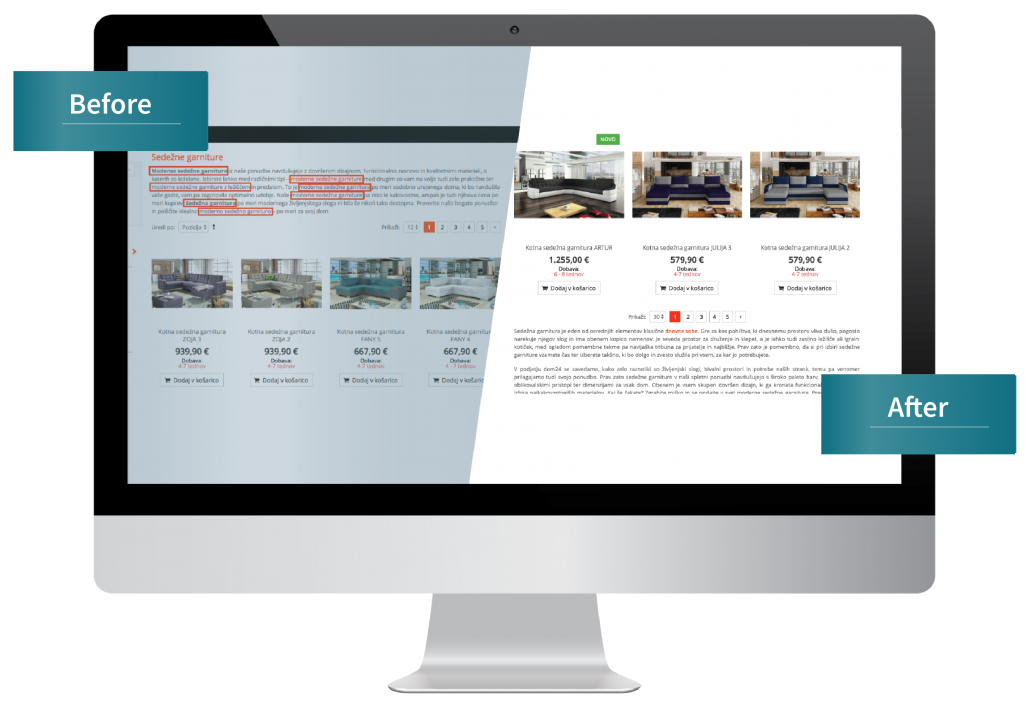 What are the results after the first 10 months of our cooperation, starting in August 2018? The revenue already started increasing after the first month; after 4 months, we’ve managed to increase it for 100% and by January for another 30%. This proves the importance of a well-prepared integrated marketing presence with unified communications, which builds a strong community and places the client at the forefront in its field. 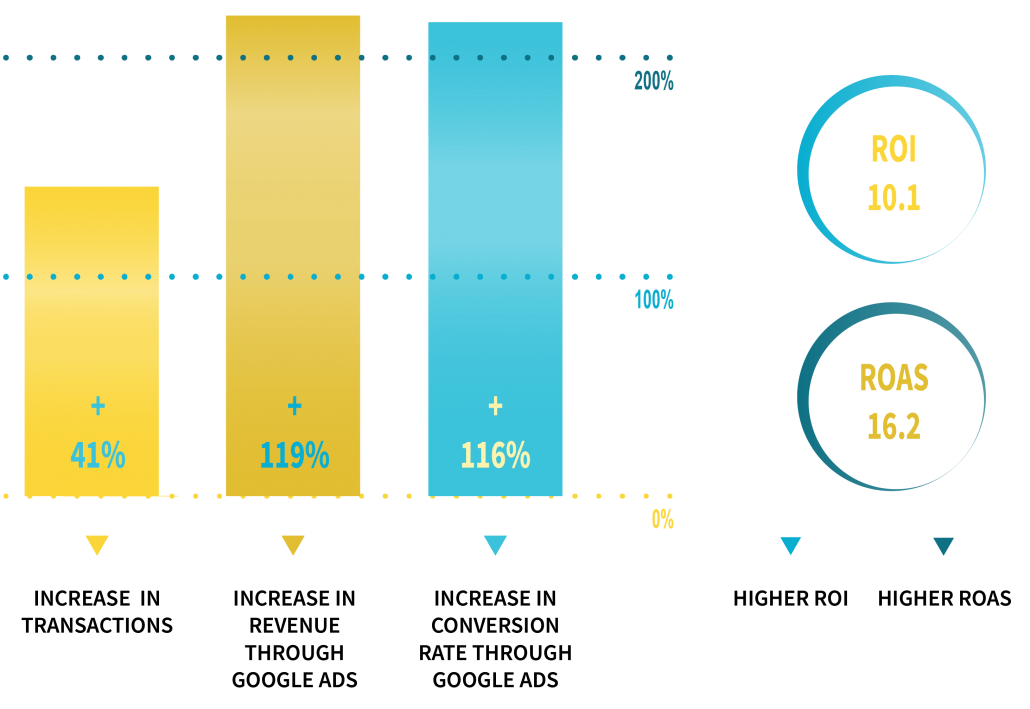 We’re also proud of the fact that we managed to increase the revenue through Google Ads for almost 120% and the conversion rate for more than 110%. At the same time, we’ve improved the bounce rate for 16% and increased the average time on page and the number of pages per session.

The only way of achieving great results in the field of furniture sales, where there is a constant battle with very strong competitors, is by building a comprehensive and well-established online strategy.

What does the future hold for our cooperation with Dom24 and which numbers will we be most proud of after the next 10 months? Follow our blog to find out. ;) And if you’re searching for a partner who will take your online presence to the next level, stop by for a cup of coffee and we’ll begin our digital story!

Nina found new adventures so tempting that she is no longer with us. We’re sure she does great wherever she goes, and we still like to read the articles that she left behind. :)

Gašper found new adventures so tempting that he is no longer with us. We’re sure he does great wherever he goes, and we still like to read the articles that he left behind. :)