Amazon: A company that could employ a quarter of Slovenia

Have you ever seen photos of Amazon’s warehouses? Or at least got the sense of the proportion of its online shop, when it seemed you could scroll and click through their site for days on end? Then it surely won’t come as a surprise that Amazon employs a considerable amount of people for all of its processes. It is even recognized as the second largest private employer in the entire US.

Employing over half a million people

By the end of 2018, the company employed 650,000 people. Even though this number also includes seasonal workers, who usually step in during the holidays or special days when the number of purchases is significantly higher, the number is still impressive. Especially considering the fact that the company is constantly searching for new employees.

Less than a year ago, Amazon issued an employment notice for more than 14,000 vacancies for office work and 7,000 for software developers. At the same time, they were looking for 2,500 people who would help them promote Amazon’s online services to other companies.

Besides Walmart, Amazon is one of the rarest recruiters in America that employs over half a million people.

At the end of 2018, Amazon was the biggest employer in tech. 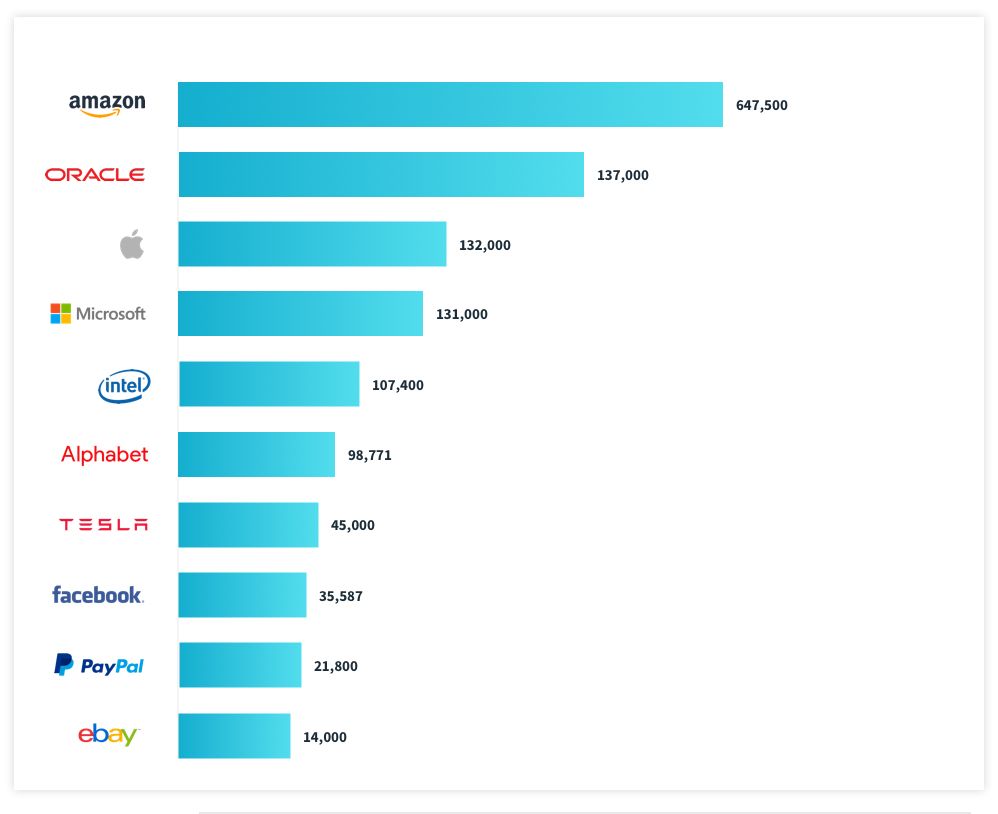 The sudden increases in the number of Amazon employees come as no surprise. The company’s growth brings with it continuous innovations and service expansions, which of course result in a constant need for new employees.

It’s hard to imagine that any company would increase its work force for 77% in the span of 3 months. Nevertheless, it happened to Amazon when it took over the WholeFoods chain store in 2017. In only 90 days, the number of employees rose for 200,000.

Amazon’s workforce is more than half a million strong. 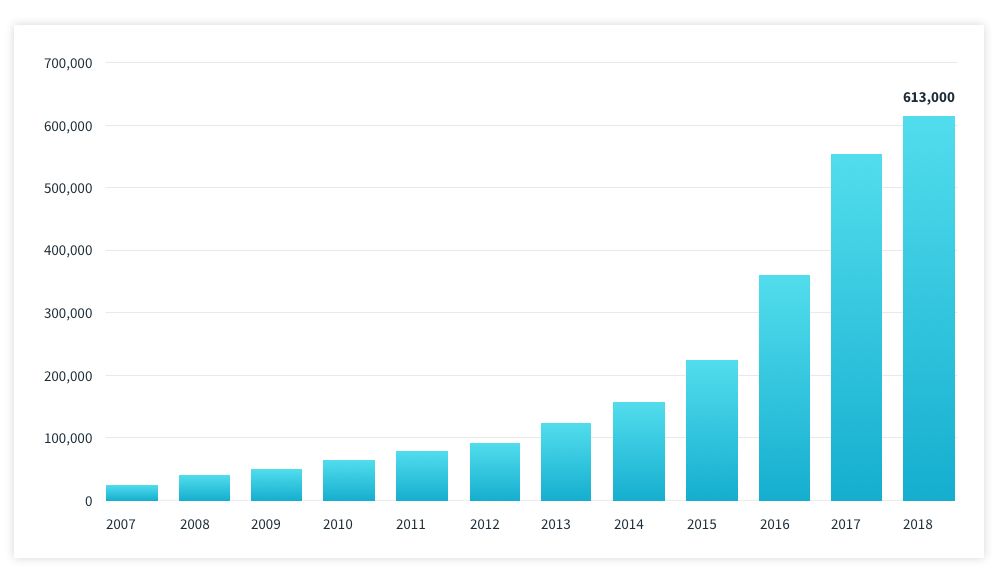 Cry for help No. 1: Seasonal workers

The nature of Amazon’s sales brings with it great seasonal burdens. During the holidays and in case of special events, the sales increase from 40 to 60% (with even higher future estimates), which is of course more than Amazon’s employees can handle.

Are you worried that, as an Amazon seller, your clients won’t get their purchases delivered on time in the event of holidays or special events? There is nothing to worry about. The company’s solution to this problem are seasonal workers, which are hired strictly for the period of increased workload. This is the only way Amazon can meet the demands of the market and relieve its employees.

Amazon gearing up for the holiday season with an increasing number of seasonal workers.

Even though Amazon employs a large number of people for all of its processes, the company could not have operated on such a large scale without robots. Their number in Amazon warehouses has already surpassed 100,000, while their main task is taking care of products necessary for each individual order. With this, Amazon wishes to decrease the amount of contact people have with the products.

However, robots still cannot fully take over human work; Tye Brady, the chief technologist for Amazon Robotics, insists that the robots are put into a work environment in order to motivate people and increase their efficiency – and not decrease the number of human work force.

As Amazon sellers, you therefore never have to worry that Amazon won’t be able to process and ship your products to your buyers.

Jaša found new adventures so tempting that he is no longer with us. We’re sure he does great wherever he goes, and we still like to read the articles that he left behind. :)

Jure found new adventures so tempting that he is no longer with us. We’re sure he does great wherever he goes, and we still like to read the articles that he left behind. :)